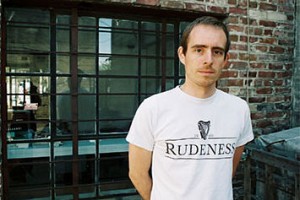 I decided to accompany the track of the week (which by this time should be called the Tack of the whenever I get around to it) with a little bit about the song chosen. This weeks track is a cover by the talented Mr. Ted Leo. It’s actually a cover of a Kelly Clarkson song which was pretty popular when it was released, and I am sure you have all heard it. He does such a fantastic job with the song. He managed to incorporate Yeah Yeah Yeah’s Maps into it at the end, and the transition is fairly seamless. This track surfaced somewhere around my junior or senior year of high school and I remember humming the tune around the hallways and being asked, “Are you humming Kelly Clarkson?” To which instead of going through my long spiel on how it was covered and all, I simply bowed my head and said, “Yes.” Anyway, great tack, download!