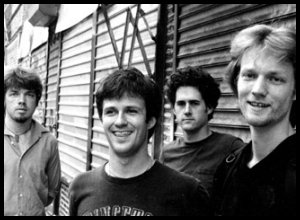 I am excited about this week’s Track of the Week because The Dismemberment Plan is one of my favorite bands ever. Following in the tracks of last week (pun fully intended) this is another cover, and again of a pop song. This one has had so much radio play I doubt anyone has not heard it. If you do take a listen to the original you may not even listen to the lyrics but may be shaking your behind to the beat. Upon listening to The Plan’s cover you uncover a deeper meaning to the lyrics with their slowed down tempo, minimalist backing, and often creepy vibe. The track is off a joint album between The Dismemberment Plan and Juno aptly named The Dismemberment Plan/Juno. It’s a pretty awesome and very curt album coming in at only 4 tracks. There is an awesome cover of High Noon by DJ Shadow done with real instruments. Pretty cool indeed. As always, download is on the right sidebar.