If a product doesn’t sell well it is not always indicative of it’s quality. There is myriad factors that go into a products success. Why do I bring this up you ask? It’s to talk about the Sega Saturn of course! I don’t want to give a history less on the thing, but it was Sega’s first fully CD based system. (Yeah, yeah, Sega CD was around before, but it needed the Genesis) It snuck out in America for obscene prices. Suffice it to say, it sold horrendously. To bring it full circle, that doesn’t mean it didn’t have some noteworthy games. Especially in Japan where it actually did quite well and have a long and full life cycle. The big problem though is that unless you were on the very small bandwagon; many of the games are hard to find. Some like Panzer Dragoon Saga regularly fetch upwards of $300 on eBay. The other alternative? Acquire them through some less than reputable channels. You need two thing to play them though. A Sega Saturn, and a Mod Chip. Why not emulate them? In short, the Sega Saturn is a hodgepodge of components that is really difficult to emulate. Perhaps even the hardest to emulate. Here some pictures detailing my accent into Sega Saturn heaven. 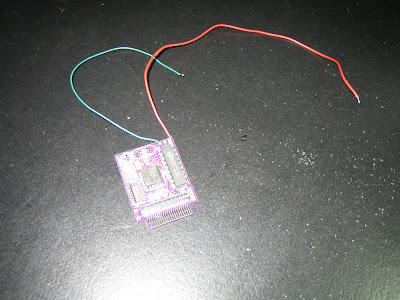 The Mod Chip acting so coy. 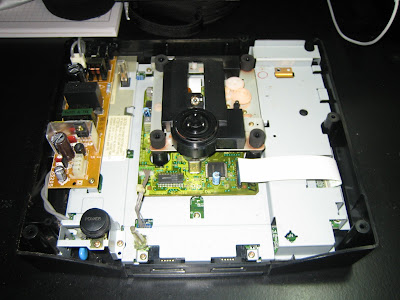 This might be a little pornographic, but it’s the Saturn without its “clothes.” 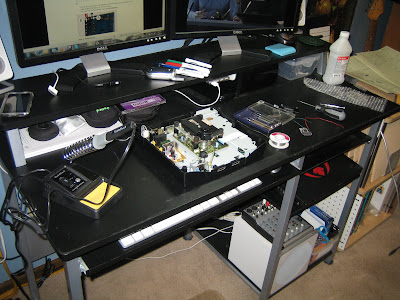 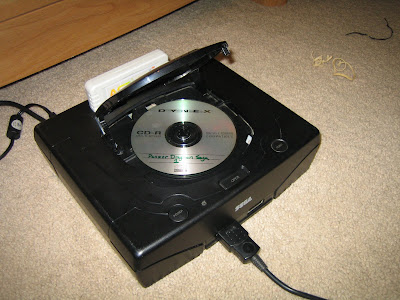 Let’s test it out! 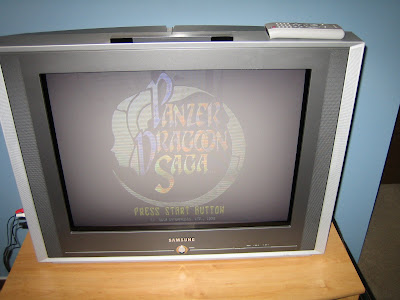