Hello, from the hyper-time sphere, where time is both accelerating and standing still.

Last time I posted (besides the boring nerd server post) was in April, and let’s say things have still been happening. Lots of things are still happening.

So let’s get this train wreck-a-rollin’

But all the venues are closed (or were, and still should be), how can anyone be doing the righteous work of improv comedy? Well, go to the online, like everything else in your world. “But, Matt, wouldn’t it be worse?” Oh, sweet summer child, of course it’s worse, but that doesn’t mean we shouldn’t do it. And do it we have. We’ve has a few online shows, and they have been alright given the circumstances. It has, at the very least, allowed me to multitask on new levels. Managing downloading pictures to show, a live chat, music, sound effects, audio and visual cues, and also Im the occational prov. Well, it’s a lot.

You are not going to believe this, but activism stuff is still happening. I know, you’re like “Get right out of town, Matt.” First, no, I will not, and second, it’s true. Given the *gestures around to everything* there is still work that very needs to be done.

It seems like forever ago now, but I did host another candidate stream, found here:

That took a lot to put together, but I think it went smoother than the first. I’m the stream boy. I’m the one who streams. I should probably work on the naming a little.

We also got an opportunity to put together a short video to be played during the all digital Taste of Tippecanoe. I had four day to put it together, but I like how it turned out. I tried some editing techniques I’ve not done before. Editing video is so relaxing. Getting lost in the edit is like one of my favorite things ever. Pure zen.

Check that out here:

We are still going! A little more sporadic than we have been, and I’ve been dealing with just monumental tech issues for a solid month since updating to Windows 10 2004 (Beware!), but I’m hoping to get that figured out soon. It is only extremely frustrating. Come hang out with us Thursdays at 8:30-ish. We love interacting with friends in the chat.

I don’t know exactly what sparked it, but I have been so into fighting games lately. Way more than I have in any other recent time. I haven’t had nearly enough time to play and practice them, but Street Fighter V, Killer Instinct, and Smash are pretty much all I play when I get a moment. Just caught the bug. I’m hoping to maybe get an actual solo game stream where I rotate stuff eventually, and they will definitely play a key role. If you ever want to play any of those, let me know.

I can’t get enough of it, and I want to do more. The NYC marathon got cancelled (this is a good thing!), but the initial email said I was guaranteed next year as a resolution. The follow-up turned out that that is not the case. You are guaranteed an entry next year or one of the next two following years. That sucks ass. Here’s to hoping. Since I think all major marathons will be cancelled this year, if they already haven’t, and I wouldn’t do one anyway all things considered, I am thinking of planning my own personal one to run sometime when the weather is far from rightful. Is it fall yet?

Honestly, I’ve been up to so much and without much of, if any, a break. I am kind of fraying at the edges, but I am going to try to keep it together as best as I can. I hope you are all healthy and keeping it together the best you can, too.

I teased this is my last post, but now it’s live!

But what is it you, absolutely do not ask? Inquiring minds would like to know, is a thing no one has said about this.

Well, sit back, fair reader, and let me spin you a yarn you almost surely do not care about.

A long time ago in the year twenty-hundred and twelve I was helping to set up a website for the Purdue college improv group, The Ship of Fools. I was helping save their old site and their old wiki. It took a bit of doing, but it was brought back together with a lot of help.

The wiki portion turned out to be an invaluable resource outside of just Ship of Fool’s needs.

In improv, after a while you notice games are hard to manage. There are often several different names for the same game depending on the group, rules are forgot, or you just have a hard time coming up with stuff to fill a set list for a show. There is many uses for a central database for this information, but sadly, as The Ship of Fools changed hands the website went away and that info and tool and lost.

Luckily (knocks on every wood), I am paranoid about that stuff, and I think I mostly backed up that information. I definitely had a database snapshot when the site was first launched back in 2012, so for sure I have the initial crop of info.

The real news is that the website is now live! It exists at https://www.improvwiki.com

It is right now on the 2012 snapshot, but I will add more info from my backups going forward. It is closed off for editing right now, but I want to give this to other groups to fill in their info as well, or just use it as a resource.

If you read a post ago, I rebuilt my web server I have running in the cloud. It’s a LEMP (Linux, NGINX, MySQL, PHP) server. My other one was out of date and needed to be rebuilt. This is normal. The problem is sometimes as the underlying infrastructure is updated it breaks old software packages.

This was what I was like for the SoF-Pedia (precursor to Improv Wiki). I had the newest version of MediaWiki (the software that powers Improv Wiki, and Wikipedia for that matter) running on my server, and tried to rebuilt the database then run an upgrade script. Well, nothing doing. I suspect it was just too many versions behind. To get the original site up, I decided to grab a version of Ubuntu from around 2012, as this would probably have the pre-compiled software packages of the versions of software to run the original incarnation. I downloaded VirtualBox and built a local VM of Ubuntu and configured it to run a local web server for the original website. It worked!

After that mess I had to figure out how to get those pages to the new wiki. My original thought was stepping through every version of MediaWiki and running the upgrade script until it eventually hit the latest version then doing a SQL dump of the database and re-importing that. This would almost surely work but be much more a hassle. I found there was an export page option. It is built into MediaWiki at least since that version, and outputs all selected pages as an XML file. You can then import those into any MediaWiki. The old version of MediaWiki that was used has an export page option, but you have to either select each category individually or type in every page. There might have been another way to do things, but I couldn’t find anything. After the export, I imported it, and that’s where Improv Wiki sits today.

I am going to be working on it when I get the time, but I hope someone or someones finds the content useful. I know I’ll. be using it. 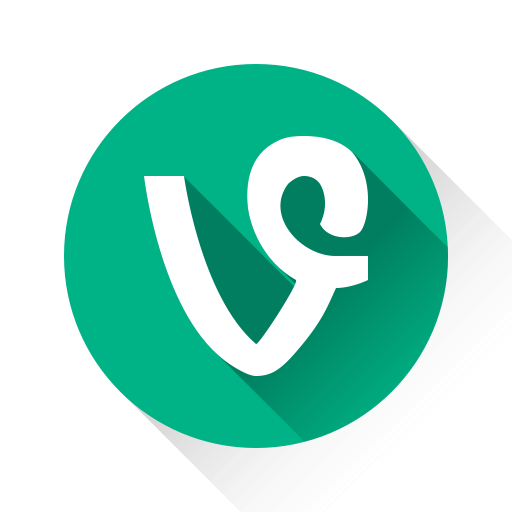