So this spring break I am coming to you from beautiful New York City (our hotel in Jersey). I am overly aware I am behind on updating the track of the week. I am going to be update this Sunday with two songs because I am behind. New York City. Here is my account.

Day 1
Everything started without a hitch. We caught the bus, got to the airport. I was feeling pretty good. I was worried seeing as it was kind of my first foray into travel adventure *cheesy music*. I actually got through airport security without being tagged a terrorist which I hold as an accomplishment. When I sat down in the plane I was welcomed to an AMAZING view. Just take a look at what my entire flight looked like. 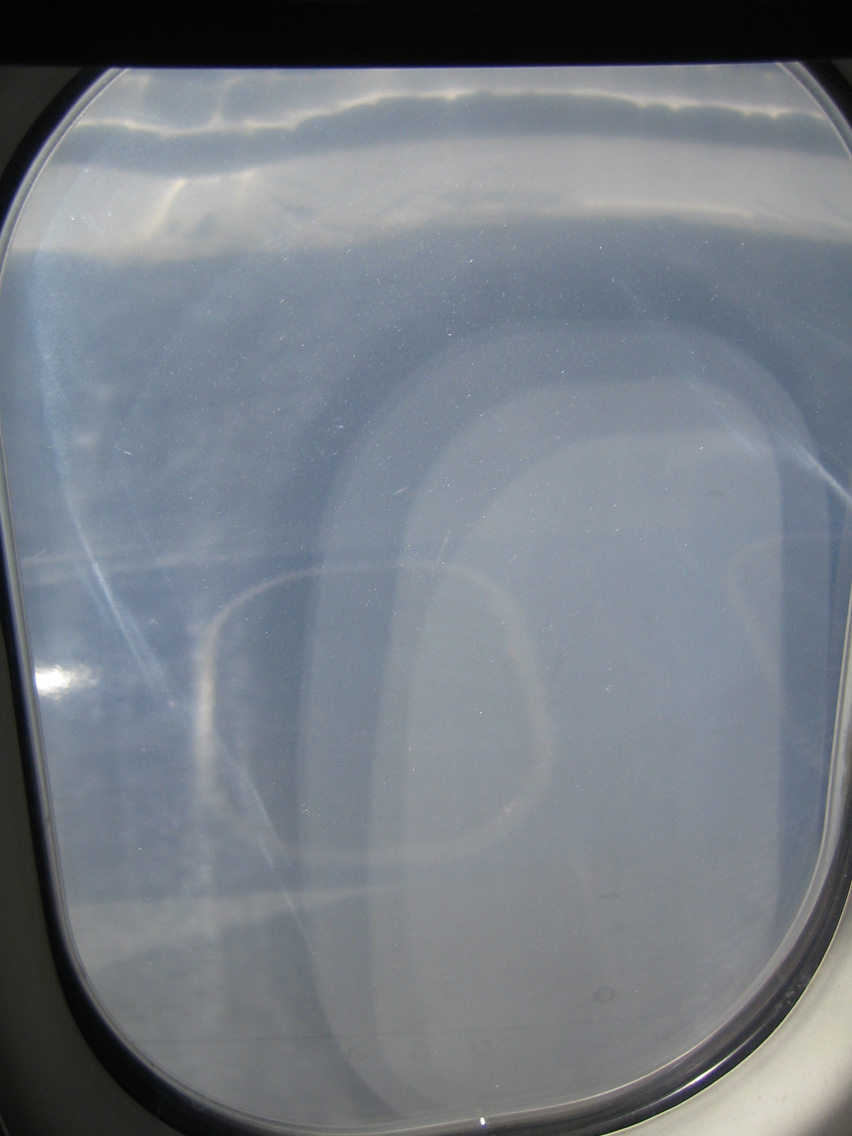 When we got to New York City it ended our planned portion of the trip. We had to get to New Jersey where our hotel was and we had a printed out Google map and no knowledge of the public transit system. I hate to believe stereotypes, but after this experience sometimes there is just a reason they are thought up.
New Yorkers are mean, self-centered jerks. We technically didn’t meet every New Yorker, and their was a few exceptions, but for the most part they are unbelievable. Our journey started at Grand Central Station where we tried to find any sort of transportation to New Jersey so we could drop off our luggage and hit the town. We were kind of lost so we tried asking some people on the street, but to no avail. We decided to try the subway and went to the “information” booth. First off the person at the counter was asleep on the job and when we finally got her attention we asked how we could get to New Jersey to our hotel and showed her the address and the map. She told us it was in New Jersey. WOW! Thank you, our hotel in New Jersey is IN NEW JERSEY! So after we had successfully confirmed that our NJ hotel was indeed in NJ we were still at square one. We decided to try to walk around and maybe find another information booth in the subway and pretty much the exact same thing happened. The title for information is very misleading. They should just call it the get the hell out of my face booth because they honestly looked disgusted we were even asking them a question. If you are going to get bent out of shape about having to dealing with people, maybe information booth attendant isn’t your calling and you should find another job. We ended up in the center of Grand Central and despite being tired and hopeless the place was amazing inside, I wish I would have pulled my camera out and snapped some pictures. It looked a little more upscale and tourist friendly so we tried the the information booth smack dab in the middle. Still goose egg after that waste of time. We spot a place that says “Tourist information” tucked in the corner. Hell to the yeah. We ARE tourists and we need desperately information. Seemed like a match made in heaven. One would think. She was actually helpful and didn’t just blow us off. The problem was that the directions were about as clear as mud. I got lost after we had to cross the moat full of mutated sharks after following the yellow brick road that was directly after we had to hang glide off a cliff. So we follow some of the directions and end up at Penn Station. We see stuff for a train called NJ Transit. That just sit right with us so we keep following it. We get to the main NJ transit terminal and there is about a million different trains. We decided to call the hotel. I mean they had motivation to help us, we were paying them. They gave us directions to take a train called “the pass.” We explained this is the first time we were in New York and they gave us a slang term for a train. We had NO idea what the hell “the pass” meant. We ended up in the NJ transit customer service office pleading with someone to just give us some directions. We were tired and have been wandering around dumbfounded for the past FOUR HOURS. Oh yeah and we had to carry our luggage around throughout this whole joyride. The guy just shook his head and said they had us all kinds of turned around. He gave us a detailed step by step map how to get there. A bus, times, and even walking directions. He had a program that figured it all out. How easy was that! It turned out we had to go back to the original place we were and take a bus to a place that turned out to be super close to our hotel. Once we had direction we were there in like 45 minutes. Aaron even somehow learned magic and made his bus ticket disappear in thin air when we were in line for the bus. One guy behind us gave us one of his. What a nice gesture. That’s why I can’t say every New Yorker is a bastard, but seeing as he was on a bus to New Jersey you can technically not call him a New Yorker, but a member of the garden state. We actually got to the hotel at around 7 and just crashed and I ended up hurting my shoulder pretty badly from hauling my bad around all day. Day one over. Not a happy start.

Day 2
We now knew how to get from Jersey to NYC for $2.40 that beats a $60 cab ride any day. We didn’t really know what to do in New York. We kind of haphazardly thought out this trip together and our goal was to go to a wedding. We decided our goals for today were the Nintendo World store, the restaurant from Seinfeld, and Central Park, and if we saw anything else we would hit it up. We actually were feeling pretty confident. We managed to stumble to Jersey from NYC with almost no prior planning. Downloading maps on my phone seemed to be the solution we decided upon. I want to thank the New York engineers and city planners for making it on a grid. If you know the abouts of where you need to go in Manhattan and have a map it is about the easiest thing to do ever. We hit up the Nintendo World store first and it was really neat. It was smaller than I had expected, but it was all decked out in Pokemon, DS, and Wii stuff. They of course has brawl playing on almost every Wii and they were packed with people in line to play it. I didn’t really intend to buy much and it was extremely hard not to. They had so much cool merch, but it was all roughly $3e6. I did end up buying a single shirt and I am pretty sure it was the cheapest one they had. Next we had planned to head for lunch at the Seinfeld cafe which is actually called “Tom’s Restaurant” but no one knows it because they cut off the Tom’s when they shoot it for the show. We were on 42nd and the restaurant was on 112th and Broadway. We decided to walk it because Central Park was on the way and it was one of the things we had to hit up. We were currently running on minimal food because we had no breakfast and it was about 3 o clock. We started on our trek and it was nice to see the city. It is so much busier than any place I have ever been to. It’s so full of life and other cliche sayings. When we ended up at Central Park about 45 minutes later we were starving and just concentrating on trying to get to the restaurant. Although we were hungry we walked the length of Central Park. It is so weird you are in the crazy busy city with tall building arching overhead everywhere and then this gigantic park smack dab in the middle It was actually fairly pretty despite the fact that it is still all dead from winter. After the ridiculous long walk, which in retrospect I would have rather of taken the subway, we caught sight of Tom’s. The first thing that crossed my mind when I saw it was a slap bass riff. The inside is actually completely different from the TV show. Seinfeld just had a set and even the name of the cafe was different. It was cool to actually be in something that was so famous though. We deiced to take the subway back. My dogs were barking. That is my feet hurt for people who don’t always get my expressions. We deciphered the subway system and it felt good to be using public transit on only the second day. You can’t beat the pricing. It kicks the hell out of walking to. The 2 hour walk was a 10 minute ride back, if that. We saw a Yoshinoya and the Sanrio store when we were walking so we decided to stop in. We were surprised we saw a Yoshinoya because I thought those were only in Japan and it was the first one I had seen in America. The Sanrio store was cool even though it was ridiculously girly. I picked up some presents for Qing and my sister (and me). After that we ate at Yoshinoya which actually had a different layout that the on in Japan, but the food was still good. After that we conceded that it was time to head back because we were just dead tired. And here I am. We plan on going to see the Statue of Liberty tomorrow and we have a high powered business lunch with some old friends who work on Wall Street now. We are going to be in suits for the wedding later that night, but it’s mostly because we want to look important. Mergers and the S&P 500 and whatnot. You know. So some pictures are below and I will update you on how the meeting goes tomorrow. GOOD NIGHT! 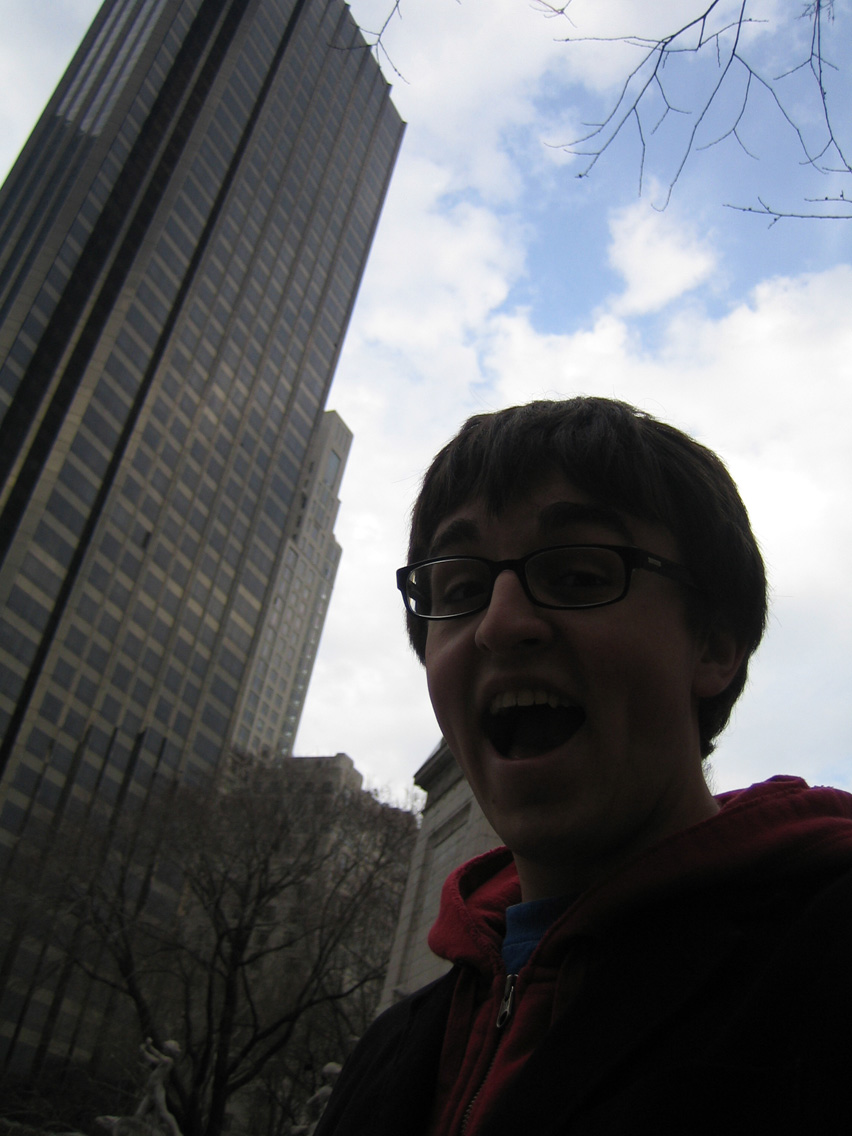 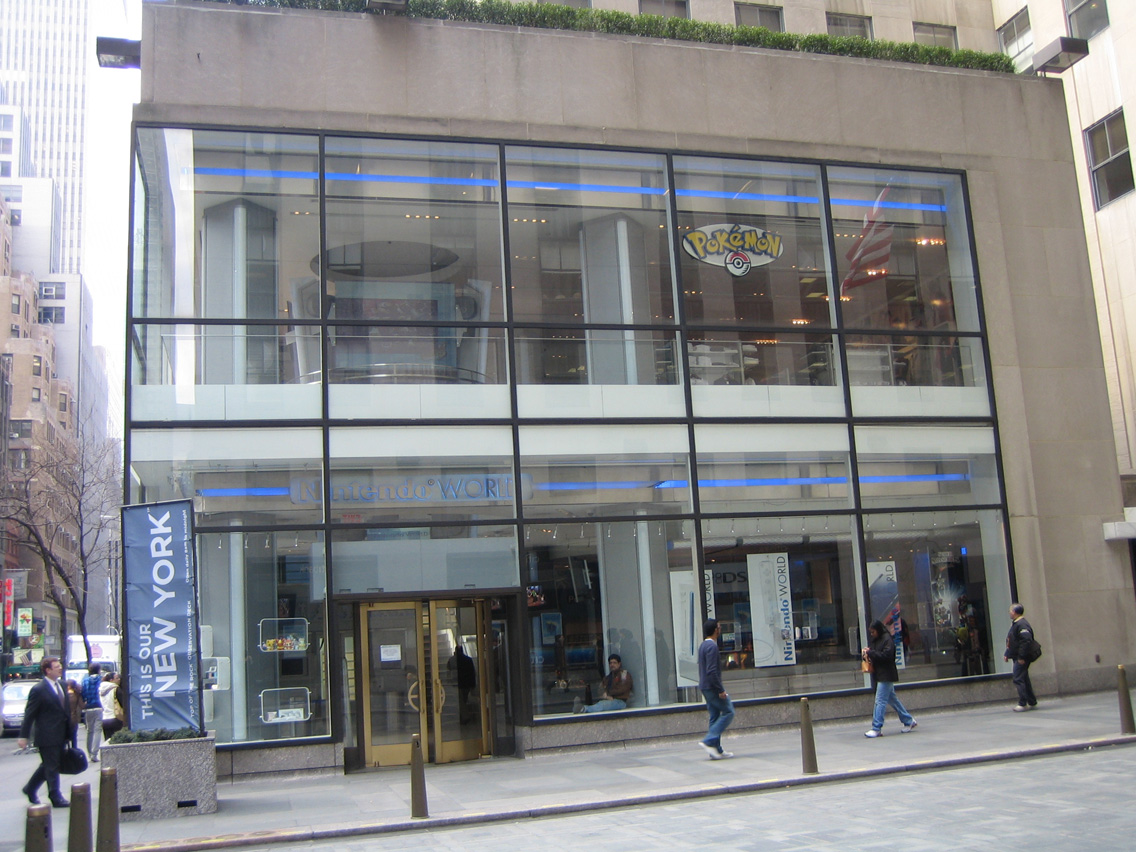 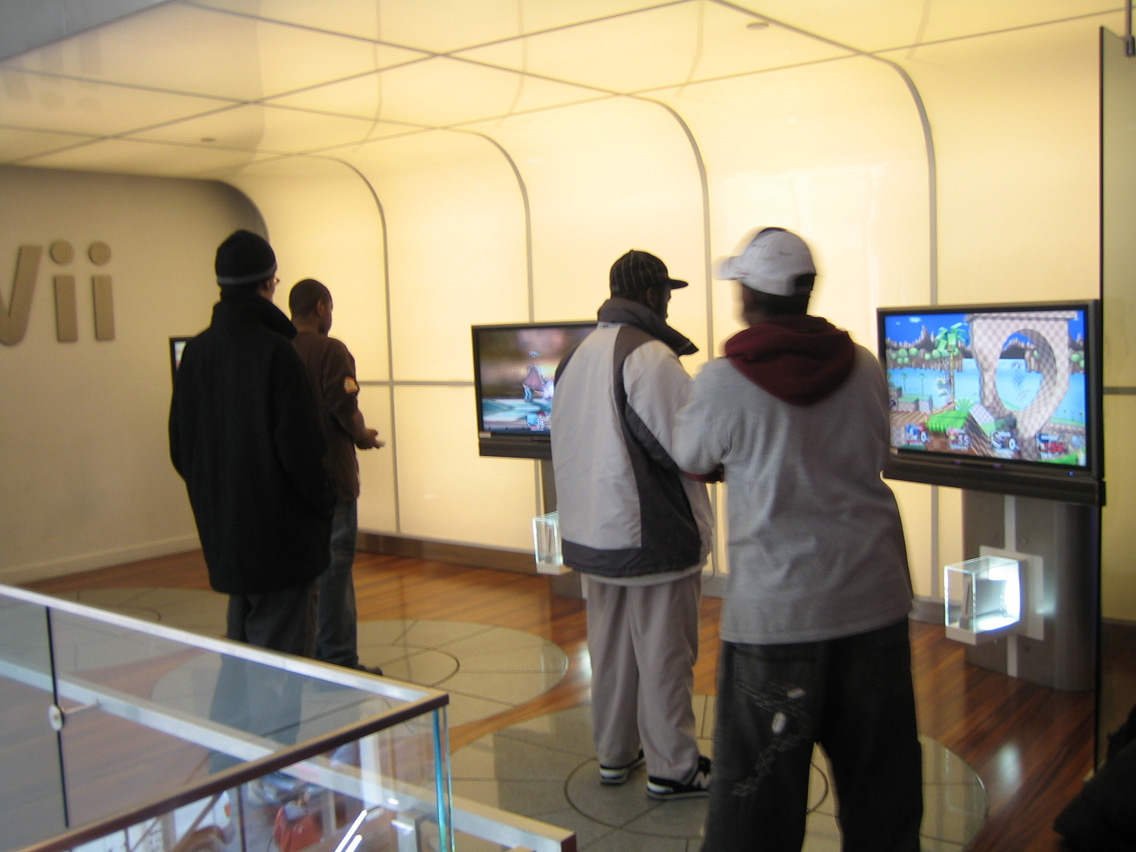 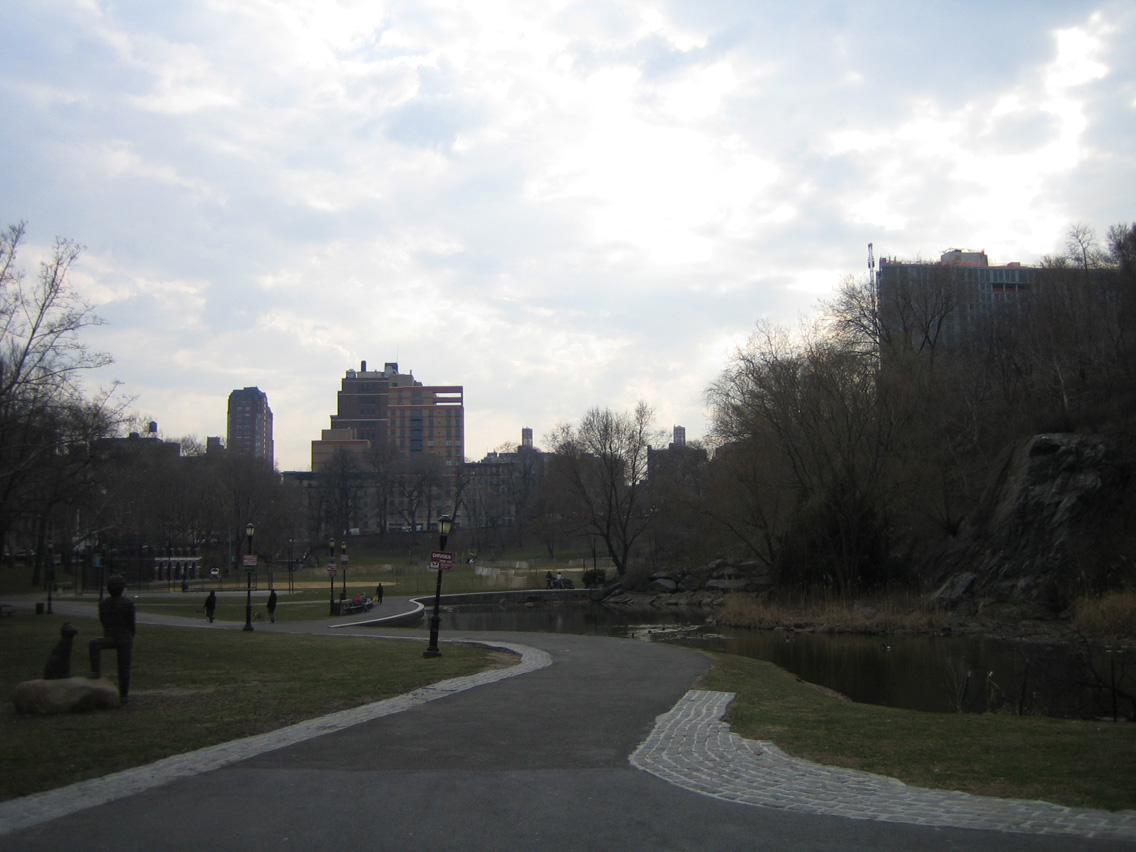 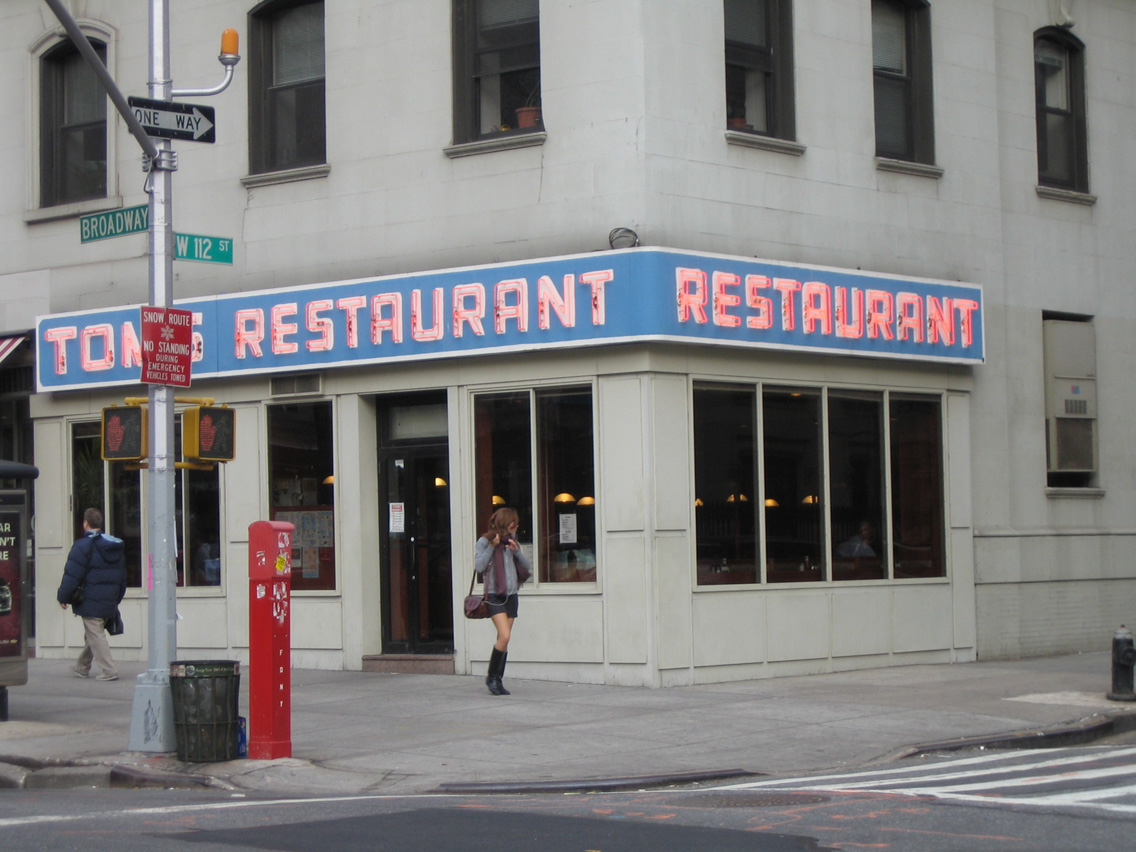 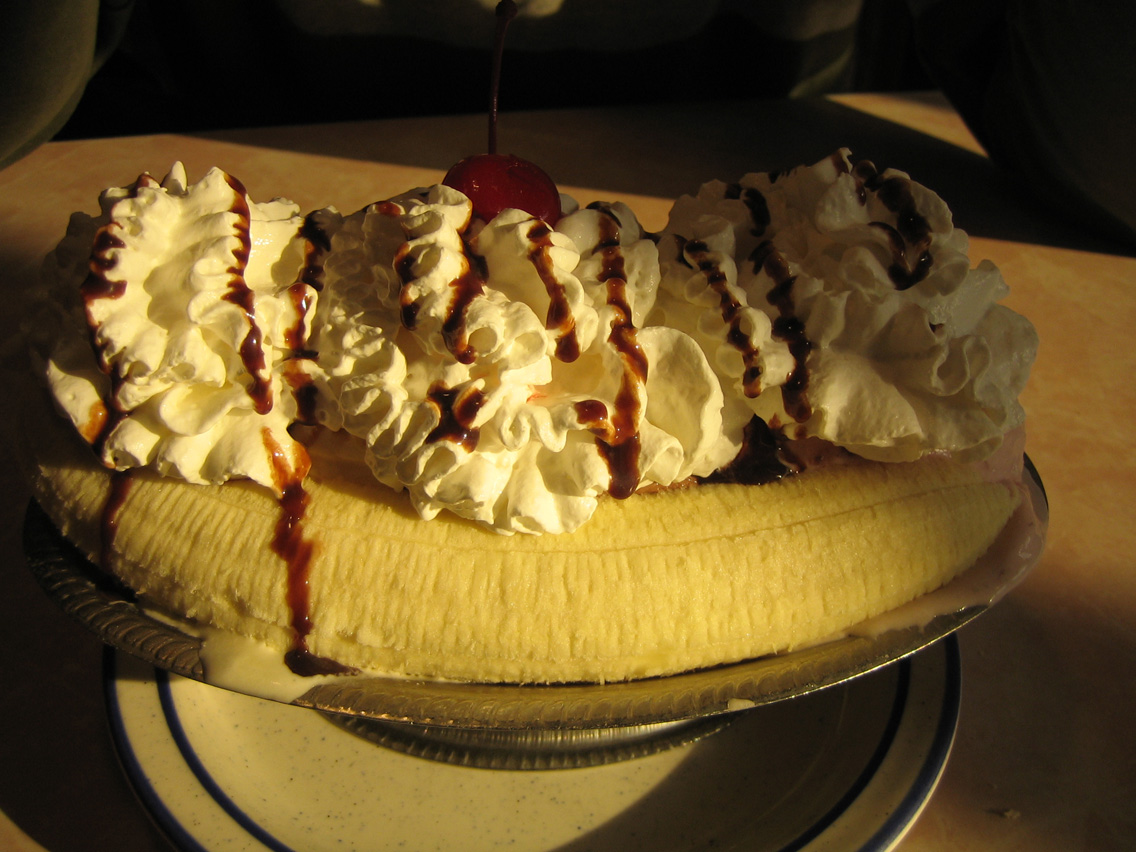 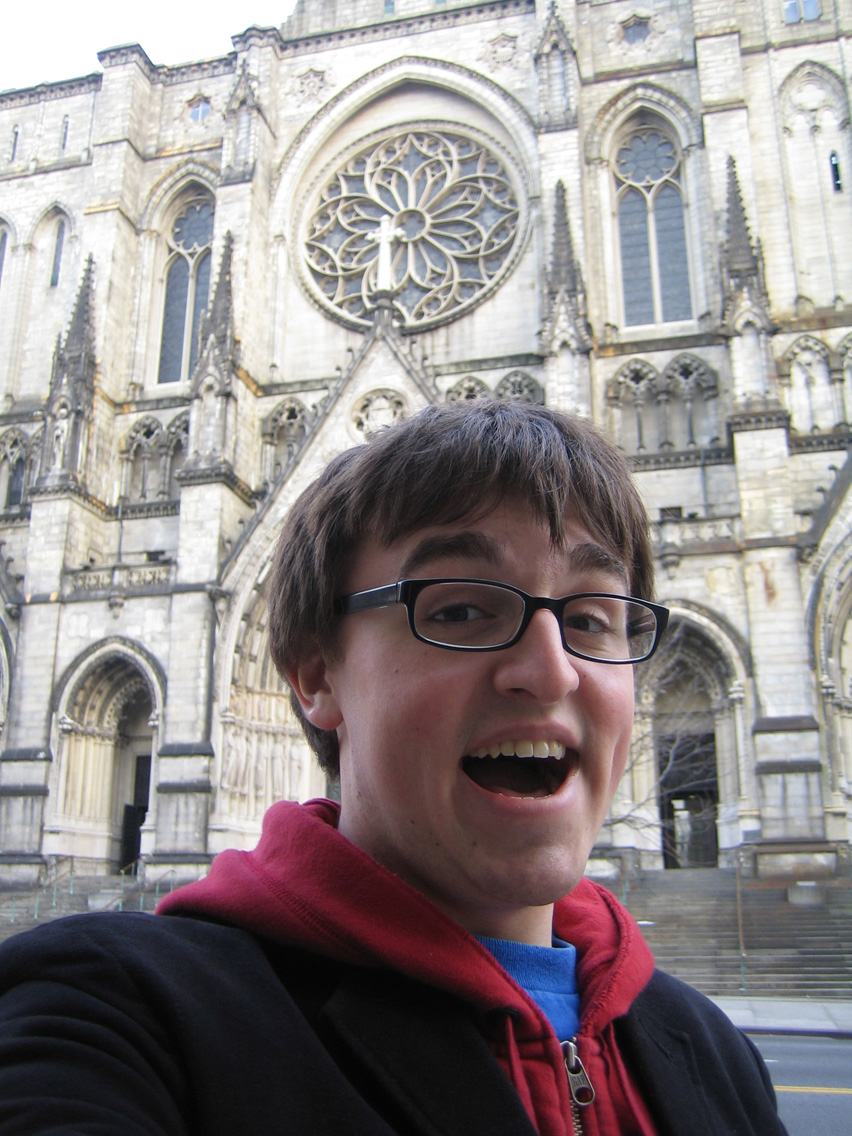 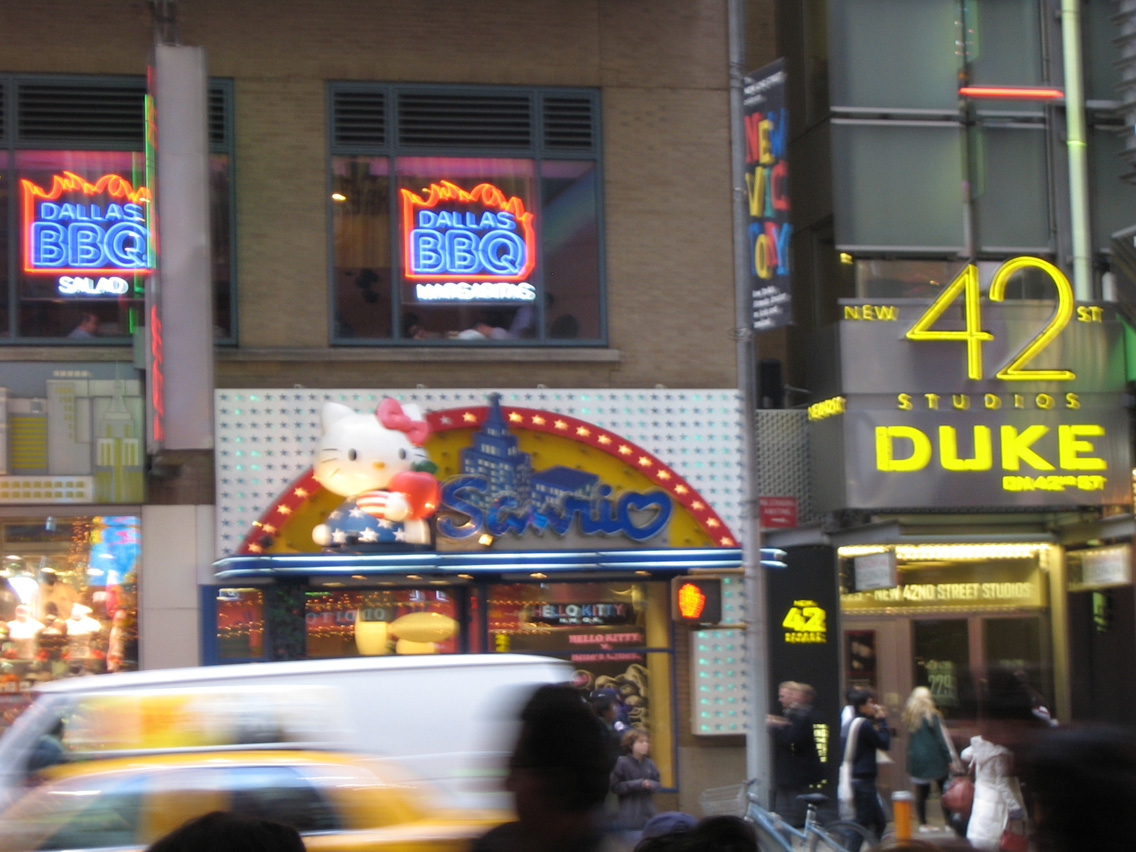 One reply on “A New York Blog”