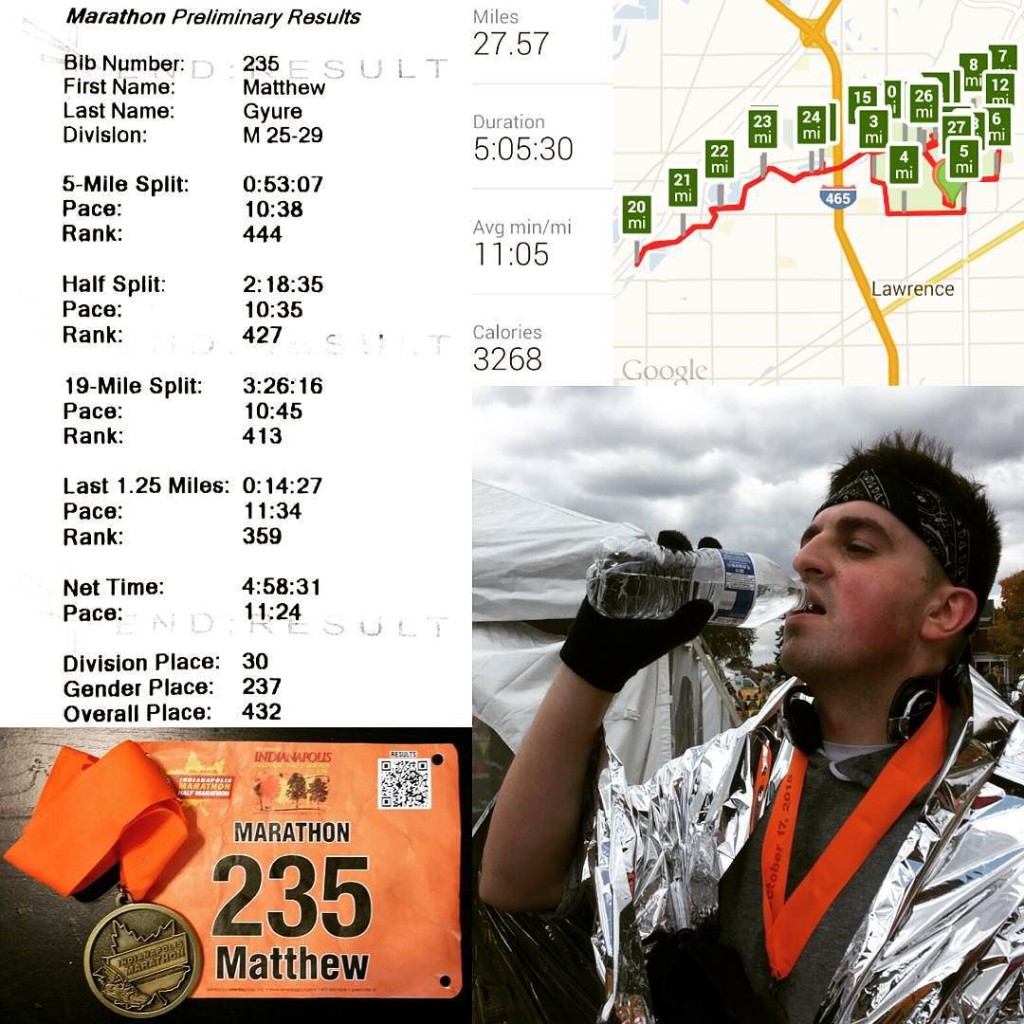 I like to do a year in review to try and reflect on the triumphs and missteps of the previous year. This also gives me a time to look forward, and what I’d like to do in the next year. It has almost no value to you, the reader, if there is anyone beside myself reading. I actually missed the previous year (2014-2015). I kept putting it off, and after several fits, starts, and rewrites, I decided to call it when it hit June. Not this year. God no. Never again. I’m going to probably split this up into several posts. A look back and then maybe a look forward.

A Look Back or A Tale of Three Shoes 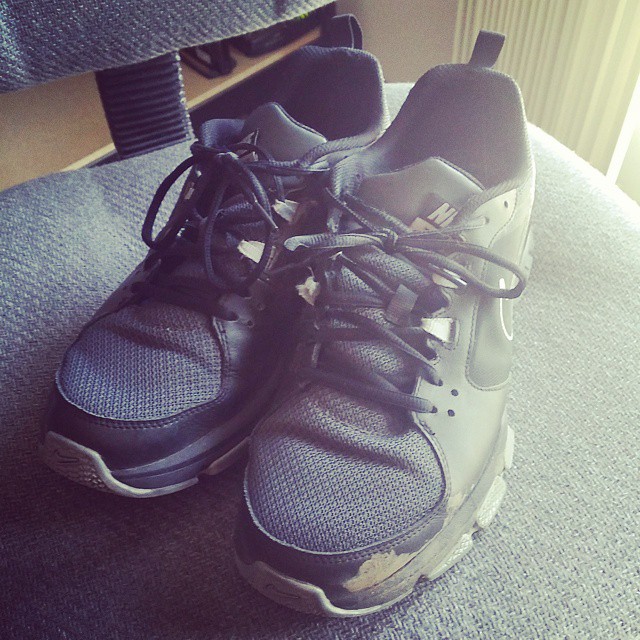 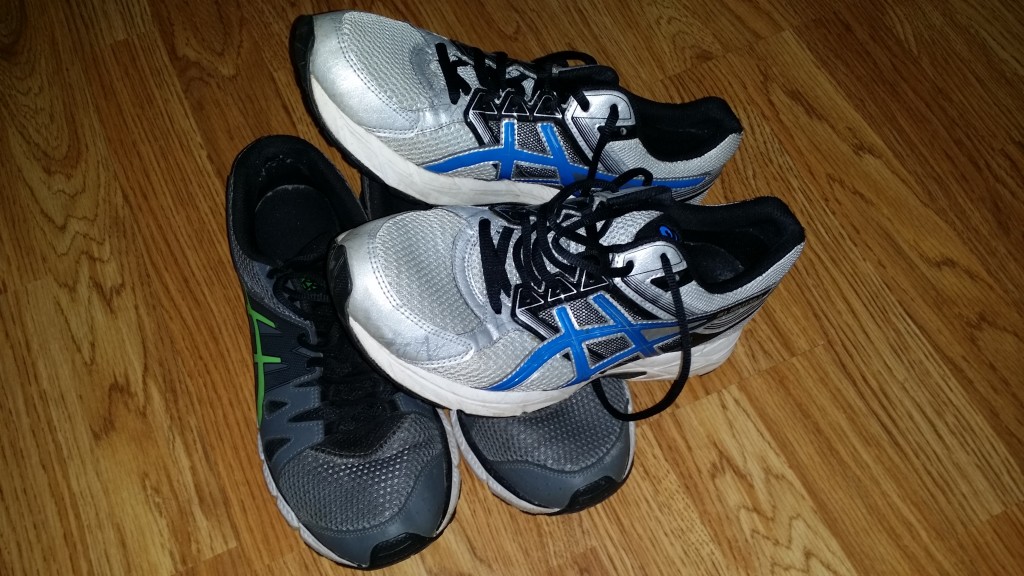 The thing that was pretty all consuming was training for my first marathon. Yes, I won’t shut up about it. It’s something that has been on my to do list for the better part of a decade, and it’s so nice to be able to cross something like that off.

There it is, in black and white. I like to throw the numbers up first because it puts a nice bow on everything. It is the microcosm of the goal. However, it is the abridged version of events. It is void of emotion and accounts of struggle. That’s what comes next.

As stated above this has been on my bucket list for along time, one of my white whales (Sorry, Ahab, I have more than one). During school, I never felt I had the time (read: diligence) to spend training. Well, school was over so what was my excuse now? I’m sure I could have come up with one, but I wasn’t getting any younger. So, running it was. If you notice, I started this on a Thursday in mid-December. I have noticed that If I wait to start things until X time I will definitely fail at it. No time like the present!

Winter sucked. I was not weather worn enough to be able to start running outside. If you haven’t experienced an Indiana winter, you are lucky because they are frozen hellscapes not fit for man nor beast. This is what resigned me to starting my trek in the gym. Purdue’s Co-rec is super nice so there are worse places I could have started. I decided to try the track, because I hate the treadmill. If the thought of running around a track over an over sounds rough, staying in one place amplifies this.

It felt different from before though. This was something I was going to do. I think it was coming off the high of finally graduating from college. I had some new found self-confidence and this gave more reality to the goal. When I went to the gym, I had an end goal and every step was one more towards it.

I started to develop a rhythm. Even going in the morning before work on some days (to this day I haven’t been able to do this with any degree of consistency). I started at 3 mile workouts and gradually went to 5 milers. I was making progress and I could feel it.

The next phase would come when the weather started to break and a little warmth would peek through. Realistically, nothing was stopping me from upping my distance at the gym, but 5 miles on the track is 50 laps, and anything more would probably cause me to go insane.

I thing that is not really talked about with distance running is just coming up with good routes for that distance. Ideally, I like going in one loop. End up where I started without repeating my route. Here are a few of the routes I used when I was training.

When I broke out of my 5 miles it was to be a 7 mile. At that point I would just strap on my watch and see when it ticked to 7 miles. Can I just say that smartphones and GPS have made finding routes so much better! Like decidedly better. It’s just great. I’ve tried many apps and have found Runkeeper to be the best. I also use tapiriik to sync my progress to Dropbox and Strava. It’s always nice to have a backup and more analytical tools. Everyone loves statistical analysis!

I would then step up to 10! This was a big accomplishment. I was only a 5k away from half of the goal. If it wasn’t clear before, it was starting to crystalize now. This was achievable. One week I decided, this Saturday (5/9/2015) (Saturdays were my long run days) I was going to do a half-marathon. A half! 13.1 miles! A distance previously thought for others, the elite. So, I did it. I ran it on one hot, humid, rainy day. It was entirely exhausting and painful. Around mile 11 my legs started to give out. I had to really keep myself focused. It was a matter of not letting my lizard brain win. This was repeating mantra time. I don’t remember what I was muttering to myself, but it worked. I finished, showed, and promptly flopped down on the couch.

From then on it was trying to progress pass 13 miles. I’ve found that once I complete a perceived hard goal, It’s much harder to keep going past it to the next goal post.

I didn’t break past my half-marathon goal until 7/25/2015 with a 17 mile run. There were a lot of runs in between there and the eventual next goal. Those are far more important than the actual breaking through the goal. Those are the slogs. Those are the ones that are hard, the ones where you have to get out of bed, slap on the shoes and go, when you would much more like to sit and play some Zelda. I mean this in the best way possible, the majority of the runs on this were of this ilk. Just absolute bears, but I was never upset when I did them, I was upset however when I lost the battle between lethargy and action.

Here is a small snapshot of what it took. I’m glad I actually took all those pictures now.

My training mainly continued in this fashion for the rest of the long, hot summer. (How I miss you now, summer, in the dregs of winter). As the deadline approached I became a lot less nervous. I had been training, and since I had been tacking I had number to back me up whenever I felt like I was out of my league.

One of the benefits of running, that a lot of other athletic endeavors don’t allow is the exploration of new areas. If you are traveling and you don’t have access to a treadmill, you can just run around. I’ve discovered beautiful places that I would have never, ever seen if I hadn’t of just gone for a run. Those are the times when I knew that post marathon, I’d still be running.

It seems like I had no real setbacks during training, but that isn’t how it went. I had two, memorable setbacks. One was extremely hard to deal with for me, and that was the inevitable injury. I was running on a sidewalk and a car didn’t stop when I should have. I dodged out of the way and landed wrong, twisting my ankle. It turned about 90 degrees from my leg. I felt that. I walked for a second and tried to run it off. No way. I had really messed it up. I walked back to my apartment and knew I would have to be off it. It was pretty disheartening. I felt like my training was going to be set back too far. I was feeling really terrible about the whole thing. My ankle looked like a softball the next morning. I went and bought a brace because it would send a shooting pain up my leg at the slightest provocation. I was off of it for about two weeks total, probably before I should have started running on it again, but I was antsy. 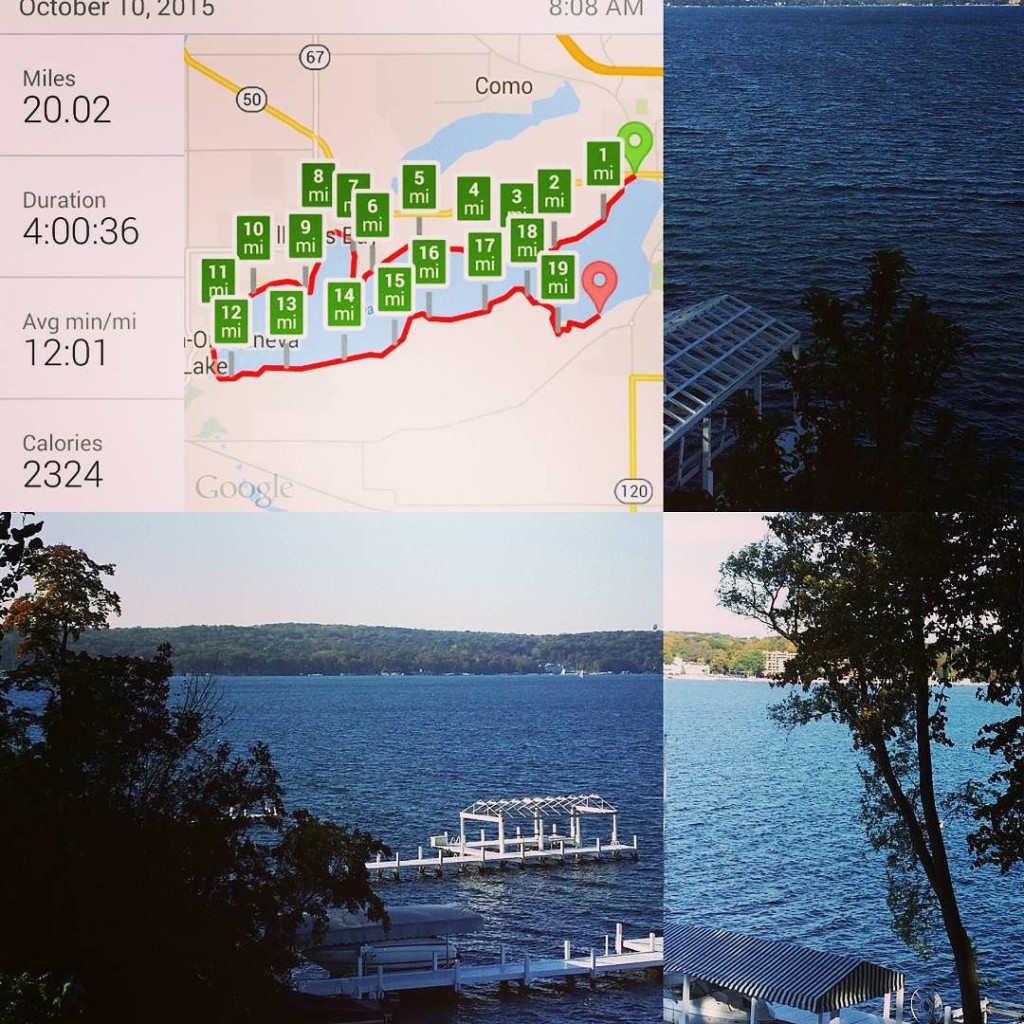 The second was about not enough preparation, and perhaps too much hubris. I was running around Lake Geneva in Wisconsin. This is one of those instances I mentioned above that I would in no way would have done this if I wasn’t running. They have a nice little path around the lake where you go through people’s back yards. Most of has nice paths, they are maintained by the home owners. For most of the day it was gorgeous just running around the lake. It was sunny, I was passing people saying, “Hi”. Great. The problems arose from two places. One, I did not bring any water, gu, or money with me. Two was I was misinformed at the distance around the lake, I thought it was 20 miles, well within my distance. It was 26. I really didn’t want to do 26 miles because the marathon was the following week. Was it smart to be running so much distance a week before? Probably not (hell no). Around mile 20 my legs started to lock up. It was because my body was starved. I hadn’t provided it with anything since the night before. I hadn’t had water for hours. I was dehydrated and without nutrition. This was entirely stupid and dangerous. I located a park where I did find a nasty looking drinking fountain. I will say that it was the best tasting water I have ever had, quite honestly. I ended up having to make a call for a ride because my legs were shot, my body was shot. Stupid.

This experience was pretty life changing. It gave me tremendous confidence to know that I am able to do big things, but they require sacrifice, time, and work. I don’t think of myself as naturally talented in many ways. I am lucky to have the genes I have, but I believe myself to be fairly average in most categories. What I don’t think I am average in is grit. I am stubborn about my goals. I am able to stick with something until I finish it. I might take a break from it, but I rarely let it go. In essence, what I lack in natural born talent, I make up for in tenacity.

Alright, enough aphorisms. I’m not writing a self-help book here. Running a marathon is hard, I’m really glad I did it.