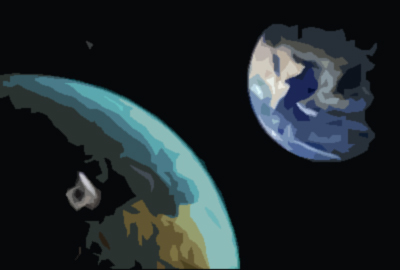 So, I pose a question. If given identical Planet Earths and starting with identical male and female humans, would humanity develop in identical ways? In a world of infinite possibilities could two seemingly identical situations produce similar results?

I know the question is quite heavy handed. I don’t expect a succinct answer it was just something I was thinking about the other day. We have so many actions that are ingrained in us that require no thought whatsoever. If we are given a hammer we know that we hold it by the handle and hit a nail. These behaviors are learned though. What’s even more of a conundrum is that actually thinking of the hammer is also learned. There was not always hammers and we dug them up and used them. That’s really the meat of my question. Would the two humanities develop different tools? Would one develop faster than the other? Who would be the first to space?

I think the results would be even more interesting. Say the societies developed pretty much the same way. What does that tell us about out makeup? Are all these tasks ingrained in us? Are we truly not an anomaly? How about if they developed radically different. Are we special? Did we have some spark of evolutionary serendipity to get us to where we are today?

I am really curious to hear what you guys think. What do you think would happen in this hypothetical situation?

The short and sweet is that I think the two humanities would develop differently. I think that due to the incredible randomness of the universe that they would end up in very different situations given the same amount of time. That’s just my feeling. Again, I want to know what you think! Please, leave me a comment!