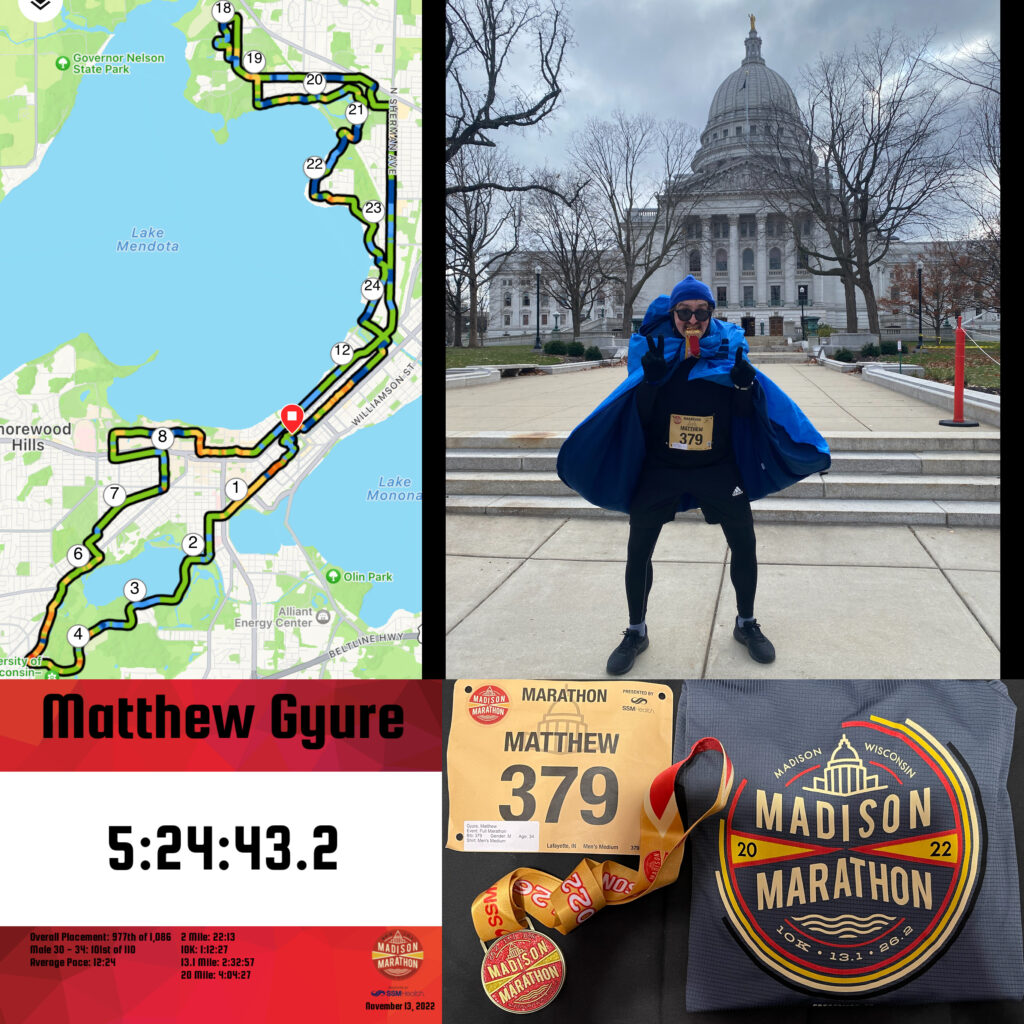 Number 12! It’s been a couple years, but I got back to Madison. I’m glad, too. I really like the race. Madison is great! You get to run by the massive lake that is central to the town, you get the mix of capitol city, university, and nature, and it just is super pretty (maybe not Minnesota pretty, but glass houses and whatnot). That said, I’m not sure how I finished it. That’s not false modesty, I don’t know how. Even in good conditions the Madison course is *tough*. Its elevation changes will throw you and your leg beef for a loop. It’s a constant up and down. There is no Hill™️ to climb, you’ll be doing it the whole course. On top of that, the day before it started to snow, and the temps dropped like a rock. I almost just called it there. I might should have. The race started at 7 am and the temps were below freezing. I’m just glad I packed appropriately. I had four layers, two pairs of gloves, hand warmers, and a balaclava. I don’t think I could have dropped any of it. Also, I arrived at the race like not a minute too late. There were problems with a parking pay terminal which had me entering the corral as the announcer said “GO!”. I didn’t have all my gear on, my watch started, or my headphones connected. I felt like I was running and juggling, and I had to pee. I stopped about three miles in to just adjust everything, but damn. That’s what I mean, given everything I’m surprised I made it. But I did, and I’m glad, too. A minute faster. I didn’t make a huge dent in times, but I was faster than the last one. And I finished. Even though Madison remains probably the hardest course, I’ve now done it twice, and my PR of 4:19 was here! Madison rips, go visit! Also, I thought I might be done for the year, but I did just sign up for another race before 2022 wraps. It’s a sickness.