This past weekend I had the amazing opportunity to hear a recount from an actual hibakushya or atomic bomb survivor. Sachiko Masuoka was only 18 when the atomic bomb was dropped on Hiroshima in 1945. It was such a weird way in how she told her story. She didn’t show much emotion or anything. There was no tears or being choked up. I can’t say, but I speculate when something like that happens coupled with the amount of time that has passed between then and now you kind of just block it out. You can’t possibly go on unless you deal with it and I feel she dealt with it long ago. It was just horrific some of the stuff she told. It’s something you imagine seeing in a movie, but can’t possible comprehend it happening in real life. I am still in awe of how a nation, a group of humans, could possibly make a decision like that, and not just once, but twice. You can spout wartime jargon at me until you are blue in the face, but the truth is there is no justification for using such a weapon. None. It is such an important issue and it’s almost never talked about. Even in our history books all we see is a 1 page blurb about it. How can you skip over something so very significant? It’s so SO very pertinent to what is going on today. The world is at a tipping point right now with nuclear weapons. If one, JUST ONE nation agrees that it is better to wipe another off the face of the earth instead of live, the human race is gone. The bombs at Nagasaki and Hiroshima were ridiculously powerful, but they were on the scale of kilotons or a number 1×10^3. The bombs we have now are measured in MEGATONS or 1×10^6. I know numbers are not everyone’s best way of representing something, but just thing about it. 2^3 = 8 and 2^6 = 64 that’s 8 times more. That’s just using 2 since it’s an exponent is can’t be represented linearly without logging the bases. I’m getting off track with math. If you have ever seen pictures of the destruction of Nagasaki and Hiroshima just think of that times 8. It’s almost impossible to imagine the damage that did happened let alone times a factor of 8. The important thing take away from this is we must as a nation, as a world, erase nuclear weapons. Erase it from all nations. Destroy all of them. Immediately. I have never felt as much shame as I did this weekend. I can’t believe I am a citizen of a nation that is capable of such absolute destruction. It makes me sick to think that a collection of people could OK that. I am going to include a collection of art I have found around the internet from hibakushya. I think that drawings and paintings more than any other medium can convey the feeling of this event. Pictures are just caps of real life. Drawings and paintings contain emotions and feelings that photography is incapable of capturing. Tears actually came to my eyes when looking at some of these. Please take them time to examine them and to look into the entire event. It’s part of human history and it’s something that needs to be prevented from happening again. I am leaving names and titles of the pieces off so you can get what you will from it without external influence. 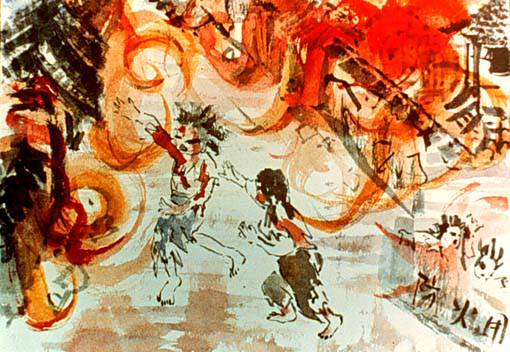 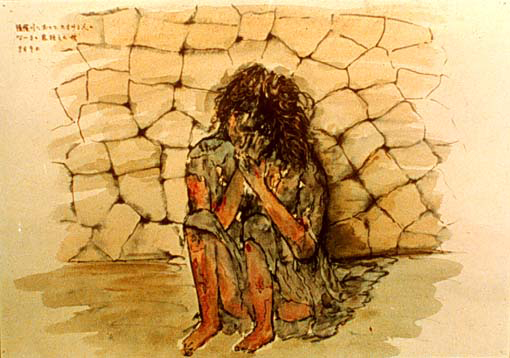 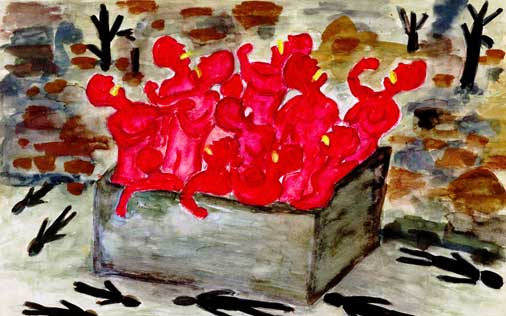 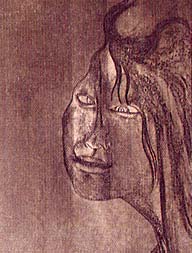 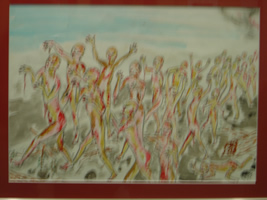 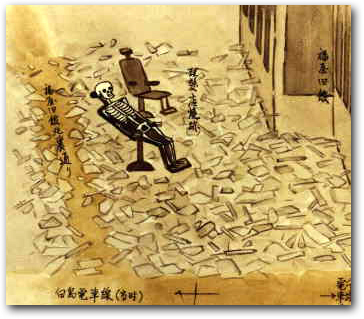 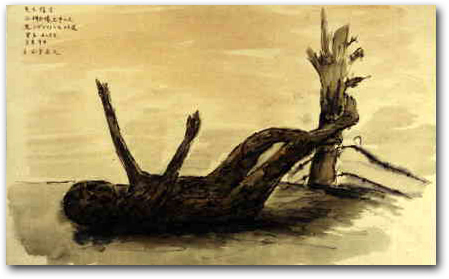 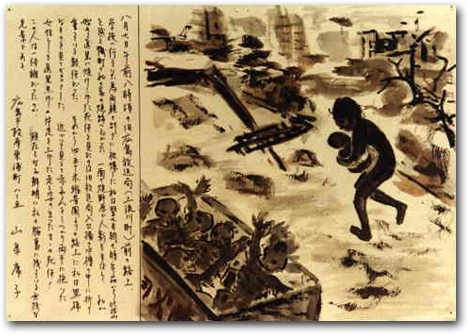 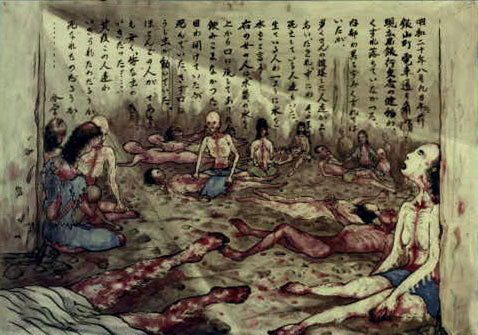 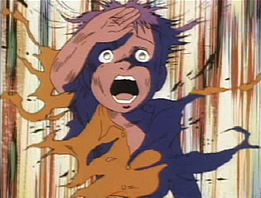 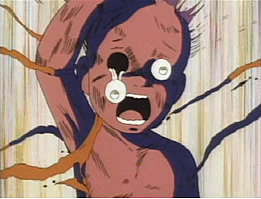 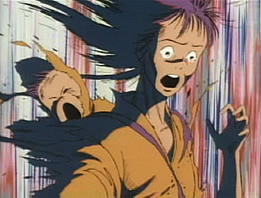 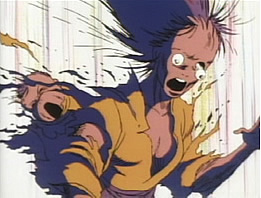 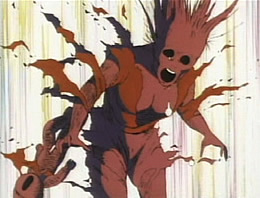 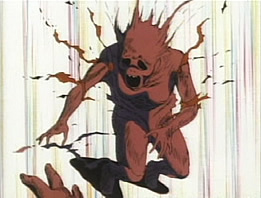 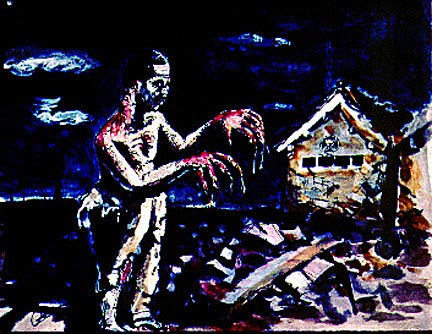