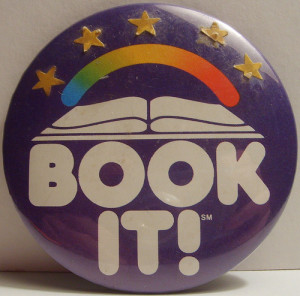 With fall already upon us, I wanted to get this post out before it becomes Winter (totally still going to get that New Years Resolutions 2015 post out).
This summer I went on a reading rampage. Perhaps not as exciting as a lyrical rampage, or the game Rampage. I still am fairly proud of that number of books I was able to knockout this past season. Turns out when you spend hours and hours running you tend to have a lot of time to fill.

Here is a list of the books, and a little blurb about each.

Open: How Compaq Ended IBM’s PC Domination and Helped Invent Modern Computing
Interesting story of how the modern PC came to be. It made me wonder if we could have gotten to the sheer dominance of the computer without the standardization and commoditization of computing technologies. Like the way most app writing is done now, there has to be different apps specialized for their specific target devices. You can’t have an iOS app run on Android. Back then it was the same thing, but with a lot more fragmentation as you had all these desktop computers and none of them worked with any other software. It’s hard to have a large developer base with so many devices. Either way, good little history lesson. Definitely biased though because it was written by one of the founders of Compaq

Creativity, Inc.: Overcoming the Unseen Forces That Stand in the Way of True Inspiration
Super interesting look into one of the most influential animation studios. Pretty good tips and hints for getting the best from creative people. My thoughts of the author were slightly tinged afterwards as I learned of Ed Catmulls alleged wage fixing.

The New New Thing: A Silicon Valley Story
Who doesn’t love eccentric millionaires? This story follows Jim Clark of SGI and Netscape fame. It’s an interesting look into the beginnings of the Internet boom and it’s eventually bust. It also touches on Jim’s life before which is tied mainly to inventing large scale 3D graphics technologies. Remember the Nintendo 64? That used chips developed by Silicon Graphics. This was before you could buy a graphics card off a shelf for $200 and have it render the entire universe. There is also lots of Yacht talk. Fun book, I love Michael Lewis’ writing style.

The Idea Factory: Bell Labs and the Great Age of American Innovation
You like all of the tech things you have? Mostly developed here. Seriously, this was a hotbed of innovation that has rarely ever been seen. It’s hard to overstate how important Bell Labs was to modern technology. Doubt me? Why not take this book for a whirl?

The Innovators: How a Group of Hackers, Geniuses, and Geeks Created the Digital Revolution
Walter Isaacson does a decent job of capturing the general feeling behind tech stuff. He wrote the Steve Jobs biography and did a pretty good job of capturing a portrait of the man. He now takes that and picks up some of the most important people that lead up to the modern computer and gives a little insight into how they contributed. I generally was transfixed by this book. They should just call the book, “Matt’s book for Matt with topics Matt likes.” I saw people complaining about Issacson’s embellishments with history, but I think that is the nature of a book like this.

Dealers of Lightning
Like the Bell Labs that preceded it, Xerox PARC was also an important piece to the modern computer puzzle. It is generally accepted that Apple and subsequently Microsoft stole a lot of ideas from PARC to establish the Graphical User Interface paradigm. I think this kind of shows that if you get a lot of really brilliant people together with little administrative oversight and a pile of cash some really cool things will result. That being said, it’s a really hard sell from a business angle. The book was pretty short, and I wish it delved deeper into what happened at PARC. What I did get was pretty awesome.

Atlas Shrugged
Here is one sure to be divisive. This is like the conservative bible (or is that just The Bible?). I read The Fountainhead back when I was a sophomore in college, and I actually liked it. This book is not The Fountainhead. It bludgeons you over the head with the same objectivist philosophy Ayn Rand was trying to popularize. Seriously, The Fountainhead tried to at least have the trapping of a story. Atlas Shrugged has extensive monologues and inner thoughts that offer no additional insight than the points made earlier in the book. I don’t fully agree or disagree with Ayn Rand. I feel like there are insights to some of what she says, but it’s so easy to go overboard with it which is what I feel like she does in this book. She paints the world as black and white and that is disingenuous to how life actually is. I do think it’s funny that this book is held up as a conservative tome of ultimate power because it vilifies large corporations who mirror some of the very same practices that are done today that conservative politicians put into place. Not going to get political too much here though. Overall, super long, repetitive, and not up to the previous book. Probably wouldn’t recommend it. Also, stop writing “Who is John Galt?” everywhere.

As you can see, I like non-fiction tech books. Dork status, in check. Boring to some, really fascinating to me. I did use Audible to “read” all these. Some consider it not reading per say and that’s OK, but the content is the important thing to me and that is the same. Books are pretty cool though! The smart money is on me reading more.

UPDATE:
I forgot, in my haste, two additional books that I read.

Naked Economics
Economics can be interesting. No, seriously, it can be. It’s not all charts and graphs. I mean, a lot of it is better represented with charts and/or graphs, but really economics is a way to better understand human behavior. It’s not just about dollah bills. The author does a good job of relating the real world to the theoretical. Super interesting read. Would recommend.

Naked Statistics
While this does make statistic easier to understand, this is not going to make a convert of anyone. Statistics is an inherently dry subject matter. It can provide illuminating insight into situations, but it is very math intensive. No bones about it. I can’t really recommend this book to anyone who isn’t mildly interested in stats or math even though the author does a great job of making the subject interesting.